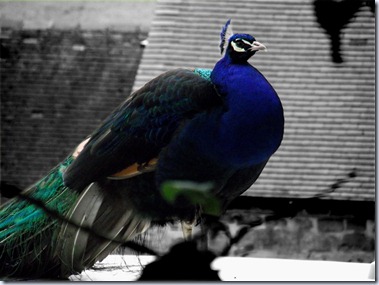 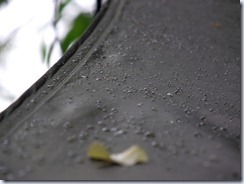 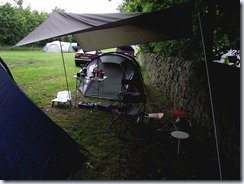 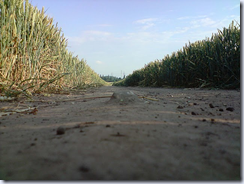 I’ve not managed to get out recently, I’ve not got time to review kit in the evenings and my muse seems to have left me.

Don’t worry though. I’ll be doing to review on a popular piece of kit over the next couple of days and there’s a particular walk I want to (and will be) covering soon..

I’ll leave you with the words of the American Playwright, Thornton Wilder:

Years before, a lot of kit was just old army gear. There was a small, elite market, but this was very expensive, often custom made. The preserve of the well off, going to the alps, or further afield. Slowly, through the last half of the century things slowly got better.

When I used to camp in the 80’s I had a Litchfield combat 1 (a small, one man ridge tent). It has a cotton inner and that woven plastic floor you find in family tents now. It weighs a whopping 3 1/4 kilo’s (and that’s without pegs). But It’s double skin and it’s bomb-proof. There’s no porch, in fact the front door is part of the inner, made of nylon. The fly just covers the edges of the door, but it does it’s job perfectly.

When I was in my mid-late teens in the 90’s, my mate bought a dome tent. It had lightweight poles and the fabric came from NASA. We decided to go out one weekend. I took my old steel-poled ridge tent. A duvet to sleep on and a caravan sleeping bag I’ve had as long as I can remember. This was everything I used to take with me, that wasn’t in my pockets. I’d roll the tent and duvet in the sleeping bag and tie it off with an old belt to carry it with.

When we pitched up it was a bit windy, and raining. While we were in the pub, we could hear the rain on the windows increasing. By the time the pub had kicked us out, It was horrendous. The rain sounding like a drum and base track on the fly. The tent snapping in the howling winds. I laid there thinking that it wouldn’t be long before my tent was ripped away from me and I would have to hide in my mates car.

We had also, perhaps unwisely, decided to take our girlfriends with us.. It turned out that being in a tent in a gale is not an aphrodisiac for most women..

When I got up in the morning, It was glorious. The clouds had gone, the sun was out and it was shaping up to be a cracking day. There was the sound of shuffling from my mates tent and his head popped out, squinting into the morning sun. I said something about how the weather had improved. “yeah, it got better around 6”.. “why did you get up at 6?” I asked.. He hadn’t.. He was still trying to get to sleep. The tent with it’s high spec, lightweight features flattened completely in the wind, slapping him in the face. Before popping back up when the wind dropped, showering him with condensation.. Mine may had been noisy, but I (and my girlfriend at the time) had slept.

Is It really fair to compare an older, heavier, less roomy and less expensive tent in this way? of course not. But I still do.. How often do people tell you that for ‘x’ feature, you have to make a compromise?

There are compromises in everything that is outdoor related. It’s lighter - but isn’t waterproof. It’s smaller - but won’t fit anyone over the age of 11. It’s more economical - but takes an ice age to do a job. It’s really cheap - but badly made, heavy, not waterproof and an awful colour

This is where common sense comes in. If something is smaller, lighter and more economical, it may well become a worthwhile piece of kit. But if it disturbs your sleep, or makes you uncomfortable I just don’t think it’s worth it. Sometimes it really is worth justifying the extra cost and sometimes there is a genuine bargain to be had.

I also tend to have the heaviest pack. I’ll be the one that adds a tarp, so when we’re sat around in typical English weather, there’s something to sit under. I’ll take extra chocolate, or cooking spices, or a bigger cook set. Maybe it’s taking a small cook set, when no-one else bothers. I know these things slow me down, but I’d rather be half an hour behind and have a brew in the sunset, than be watching it from the car park, getting ready to go home.

So be proud when you are the one with the heavy bag.