As I tuck into a Gregg's Cornish pasty, lovingly prepared at some nameless services, bathed in sun, I finally begin to think that we might just get a view.

The thought stays with me, when we stop again in Conwy. 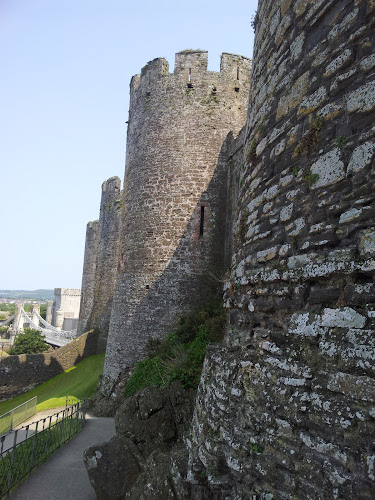 In line with one of my main principles, we're in no rush and Conwy is one of the prettiest places I know of (and, as we discovered, has a cracking little pub right on the sea front (the Liverpool arms) perfect for half a beer, smelling the sea, watching the boats and generally perfect for a relaxing stop on the way). 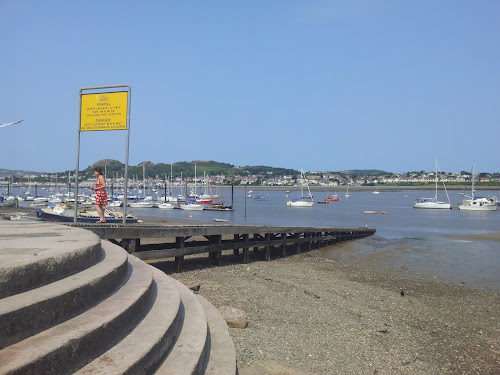 I'm off with Jim to go re-tackle one of the most enjoyable hills I've ever done.

It's to the north of Snowdon, but this is no tourist honey trap.

There's no railway, no cafe on the top. In fact, there's not much room on the top at all.

This is a brutal, wild hill and there's no easy way up..

There are however, lots of ways to make it harder. It's a Mecca for climbers and more adventurous walkers. Full of jagged rocks, cliffs, gulleys, false summits and unrelenting climbs.

This is a world where you go up, faster than you go across.

It's steep. When I say steep, I mean that if you slip at the wrong point, you could be going down. A long, long way. Possibly for the rest of your life. 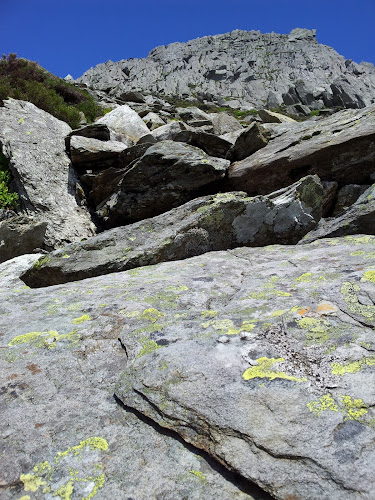 Although its close to (the higher) Snowdon, this is a different kind of hill. It's like something that's been ripped straight from the Cuillin's. and then bleached by the sun.

Its special, because its one of a few mountains in the UK where there's no way to the top without having your hands on rock. You can't walk this, it has to be climbed. Go here, and you can stop saying that you walk up hills, and start saying that you climb mountains. A small difference, but one that gives you a warm feeling of pride inside.

About this time last year, we went up, having heard that this was a hill that begged to be summited.

On that occasion although the weather was beautiful in the morning, by the time we made it to the top the weather had turned (as often happens).

The top third of the mountain (and all the way back down) was wet, cold and the view went on for all of twenty feet.

Hoping for better weather this year, we stayed at the same site as before, on one of two campsites at the base of Tryfan.

Gwern Gôf Isaf .. This place was good enough to be used as a base by Sir John Hunt who used it as his base camp when he was training for Everest back in '52. So it's more than suitable for us. It's well maintained, and the owners cant do enough for you (and are excellent company if you run into them in the pub). If you don't want to take a tent, there's even a couple of bunk houses with the exclusive use of stoves, gas, electric sockets and toasters for people saying in them..

**N.B. the other campsite close by is the confusingly named - Gwern Gôf Uchaf (Uschaf = highest, Isaf = lowest) so make sure you have the right one!

It's compact in every dimension but height, compared to sprawling monsters like Snowdon. It just looks so damn high from the bottom. You'll look up, and wonder how on earth you'll get to the top.. 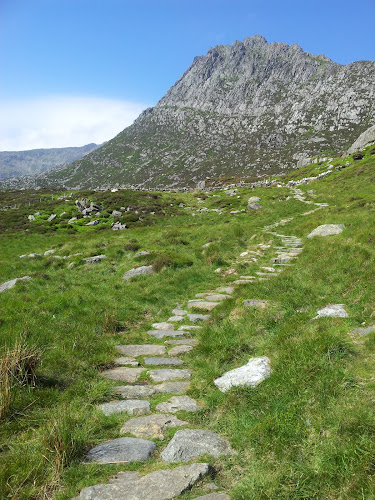 We favoured the same route as before, walking up the side of the stream, then going straight up the side to the saddle at the side of the far south peak and the three main peaks. It's insanely steep, but still manageable without the need for ropes.

As we discover though, in the sun it's a real slog. And thirsty work.

Normally on a walk, over five hours we would go through a bit over a litre of water each.. I know some would say that's too little, but it's just what we use naturally.

This time, we use about five litres between us.. So don't try and save weight! 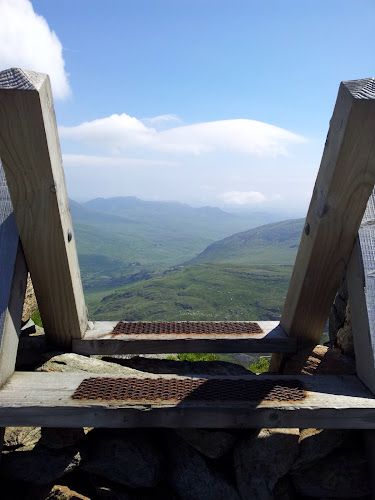 Once you pass the saddle, you start to attack the main three peaks (which is the literal meaning of Try-fan... Try meaning three and Fan, meaning peaks or tops).

It stops being steep and just becomes a tangled route up the cliffs themselves. This final part is also where you have to skirt up the side and get an incredible (but not always welcome) view down from this point on..

About this point, something magical happened. We pass higher than the clouds. Something that is always.. Just.. Take your breath away beautiful and exciting. 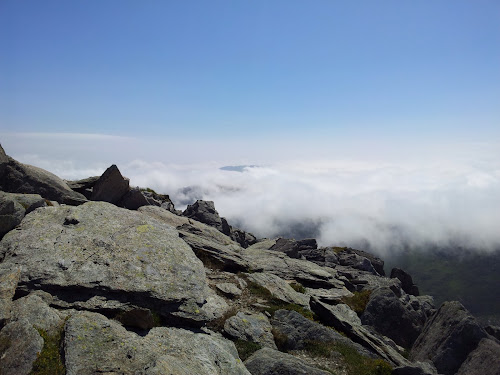 Then, suddenly, we cross the ridge to the central, highest peak. Slightly shaky, heart in mouth, tired, exhilarated, scared and incredibly happy.

I'm stood on something that's over three thousand feet in height.

Yep. That's three thousand. If you've never been that high outside an aeroplane, take a moment to think about how high that actually is. It's higher than any building in the world. Ever been to france? The Eifel Tower is 984 feet.. Barely enough to get you level with the cobbled path in the photo higher in this post, let alone onto the hill itself.

On the top, the view is not only present, but stunning. It feels like I could see all the way back to Yorkshire from here.

There is also the small matter of Adam and Eve.. Two pillars of rock about seven or eight feet tall, they are visible from the campsite in the afternoon, looking like two people stood on the top. Stepping between them, is supposed to give you the freedom of Tryfan.

(No. I haven't. I will one day.. But they're right next to the cliff. Natural selection reminds me that my balance isn't that good ;) )

After a very enjoyable hour on the summit, having had sandwiches, and lounging on thick swathes of grass (yes! Grass! At this height!). We reluctantly make our way down to the site and then on to Cobdens Hotel (better beer AND better prices than other pubs round there).

Not only is it where the locals go, it's where they are happy to be convivial. They are proud of the area they live in and each of them has a thousand funny or embarrassing stories about the others. It's well recommended.

It's a hill you'll never forget, and one that Jim and I will be back on, for years to come. 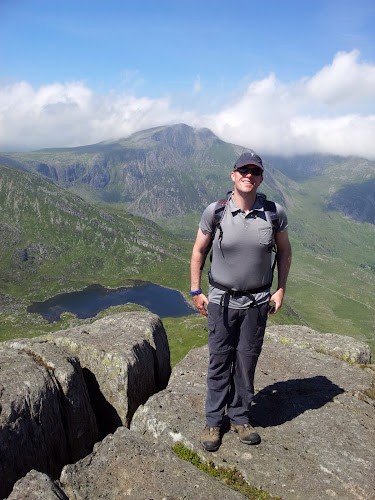