A wild camp in the Peak District (A bumper post). 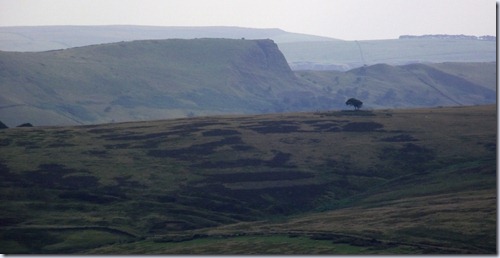 I've returned from a camp in the peaks.. I've tried a few new things and I've tested the "extra weight = extra fun?" theory to the full.

The post is a long one. So, If you’ve time, kick back with a brew and read on.

A while ago I rang my mates and asked if they fancied another wild camp in the peaks...

We were supposed to be having a full day on the hill but the best laid plans and all that.. One of the lads couldn't start early cos he would be drinking heavily the night before, then he had to pull out entirely. That left James and I.. Then due to an accident at home, we didn’t get to set off till late.

This was going to be "Wild Glamping" (if there is such a thing). For tea we would have garlic mushrooms to start. Then large Rib Eye steaks, flame grilled on an open fire with ember roasted new potatoes and toasted garlic ciabatta bread for the main.

All this would increase the weight we'd have to carry, but would it be worth it?..

On the day, as we ended up leaving very late (not hitting the hill until about 4 o'clock). We'd decided on a smash and grab approach, as we'd got the extra weight and because we were setting off so late in the day.

There's an unconscious exodus from the hills. So when we passed the last straggler (about 4:45, a lone man on the trail). We had a big section of the park to ourselves. We’d managed to get fairly pleasant weather to this point. Not too windy with some sun peeking through the clouds. It was another lazy wander over the tops, stopping at whim to enjoy the scenery. 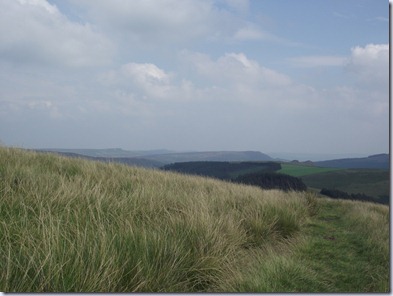 This area of the peaks did another great job of trying to impress. The hills here look bigger than they are, green verdant valleys and khaki tops.

As we travelled along the edge, we were attacked by large black flying insects.. like flying ants, but much too large. Maybe they were beetles.. I'm not sure. They were everywhere for a good way and we were worried we'd be pestered everywhere. Thankfully they slowly petered out.

As we were admiring a local landmark from above, the rain came in. The rain was heavy, but thankfully it stopped almost as soon as it started so we were only wet for a little while. We came to where I'd decided we'd come down the hillside, which proved to be a problem. It was very, very steep. We zig-zagged down the hill (it was steep enough that you could reach across to the floor, steadying yourself on the hill. Trying to stay on clumps of heather (which offered better traction than wet grass), we slowly made our way down the side of the valley.

As we came through the heather I noticed that the hillside was covered in (I think) bilberry's.. We didn't try them in case I'd got it wrong, but they looked tasty.. I’ll have to make sure I go walking with someone who knows his (or her) stuff when it comes to wild plants..

A little way down, we'd drifted a little way off course and I decided to contour on a small path / sheep trail, but before we'd attempt this the decision was made to stop for a quick breather Where I took this photo, you can see how wide the path is and the slope of the hill. 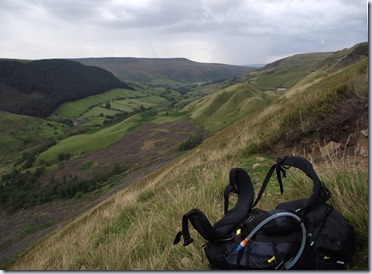 We found the woods I was looking for. We continued into through the warmer, calmer wood. Although the hill was at an insane angle all the way to where we would go across. Leading to where we would camp for the night. For a short while, it seemed we'd missed our spot, but my internal compass had done me proud. We came into the camp, bang on line and in time to set up, get a fire going and start on the food before dark (and it is dark here - miles from and with with no line of sight to, any street lights, in the bottom of a steep valley.. DO NOT FORGET YOUR TORCH IN A PLACE LIKE THIS)!

The fire was completely hassle free. I have to admit that last year, I'd made a bit of an ass of myself. I have one of those flint firelighters, i use to light my stove and similar and I was determined to start a fire with it.. I failed miserably and had to resort to using a bit of tissue and a gas lighter..

There was none of it this time though.. I'd heard about making a firelighter by wiping cotton wool in Vaseline.. I'd done a few, opening them so the Vaseline would sit in the middle and then folding them closed again. 4 good size buds were enough to fill a Kinder egg without crushing them.

It lit on the second spark, and burnt with a big, hot, long lasting flame, which grew quickly into a decent size fire. 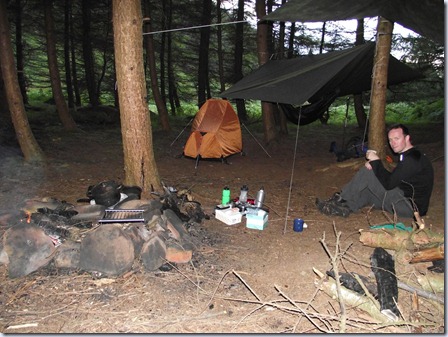 My esteem renewed, we started on the food. We boiled new potatoes in a pan, put the steaks on a BBQ I’ve had for a while, which is perfect for camping (I’ll do a separate post on this, It’s a handy bit of kit). Jim got the bread slathered in garlic butter and toasting on a stick on the edge of the fire. Once the potatoes were cooked through, Jim fried off the mushrooms in garlic butter (we ended up with one large main course). While we ate the steak etc. I put the potatoes on the grill to blacken.

To pull off all this fresh food, I’d saved a couple of shoe boxes form the girls (child size 6 if you care) and inside each went a steak my local butcher had vac sealed, some of the potatoes, a blister pack of garlic butter from Morrison's, some mushrooms, one ciabatta roll and a couple of rashers of bacon (again vacuum packed by the local butcher). By doing it this way, everything was fresh, and the lids of the shoe box became the plate, going into the fire when we’d finished eating..

It all tasted great, washed down with a couple of bottles of wine – There’s something really satisfying about red meat and red wine. It really is good for the soul.

Now, I’d mentioned in my previous posts that I was going to try something that could shave Kilo’s of my pack weight.. I was going to sleep in a hammock.

Now I didn’t know if it would work at all, armed only with the information I had found on the net and a hammock I procured from TK Maxx for the princely sum of £12 (about half price, which is still cheap for a hammock).

When slung properly a hammock is very comfortable. There no need for a pillow, it doesn’t matter if the ground is even (or even if there is any ground) but it does need somewhere to attach it to. Handily, we were sleeping in a wood, so It only took a few minutes to put up (if you don’t count my false starts

) and a couple more to put a tarp over the top. (you could use a bivi bag instead, but I don’t own one). Et Voila. You have somewhere to sleep.

Did it work? Well, as you’ve guessed, it wasn’t entirely successful. I’d neglected to use my mat under the sleeping bag and this was a mistake. Wind chill takes heat out of your back very quickly, so I was cold. The hammock was cheap, so the cordage was nylon, which stretches. So I ended up with my feet higher than my head.

I could have jumped out, shortened the cords and blown up my mat, but as I was cold, I just huddled deeper into my bag. Pretending I was OK and Sleeping fitfully till I got up at 7 (that’s practically the middle of the night to me).

Would I use it again? I would, but I would either use my mat, or take some bubble wrap (which I suspect would work just as well to insulate my torso, as it doesn’t have to take the lumps out of the floor) and I’d hang it tighter than I thought it needed to be, to allow for sag in the night.

I think it could work well, and be really comfy… But a bit of practice or someone with experience is a definite advantage here.

As for the ‘more weight=more fun’ maxim, If I’d not taken the tent then the pack would only have been marginally heavier than normal as the hammock weighs about 600g. (and the tent 2Kg). The steaks and stuff must have weighed about a kilo and the BBQ weighs about 650g (though as no gas or stove is needed, you could offset this weight as well if you didn’t mind starting a fire in the morning for brews and breakfast). It was well worth the weight of the grub. The BBQ was handy, but I suppose you could use sticks to suspend the meat over the fire to cook if you wanted.

Having steak et all, cooked on a fire was great and I would do it again. For me, it was worth carting every gram if it. I know people who would disagree, but I’d be as smug as a very smug thing, watching them eat dehydrated rations, while I tucked into a big, juicy, steak..

We did have a bit of drama with the route, but this time, it was the route out. We decided to walk out of the valley, and round, rather than over the top. It was born of pure laziness on our part, which backfired majestically.. The route, which I’d expected to be longer, turned out to be an endurance test that took over 4 1/2 hours for that section on it’s own. Through driving rain, then when we were nice and damp, bright hot sunshine. All the time walking into traffic flying along a busy A road.. It went on and on and… I always forget that roads are incredibly boring to walk on. I also forget how hard on the feet tarmac is as well..

No food left and what was left of the water ran out near the end (until i got close enough to refill my filter from a reservoir).

To make up for this, we stopped for a pint and a bowl of chips on the way back.. Perfect! 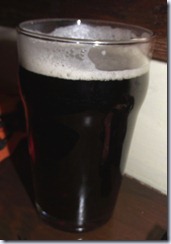