It all began on the 12th of April 1981. The same year brought us the launch of MTV

(1st August). Billy Idol and Phil Collins launched their solo career. For Christmas, the big ones (I remember) were: The The AT-AT walker from The Empire Strike back (film released in 1980) , The Big Yellow Teapot and The Masters of the Universe figures.

This is Archive BBC footage of the first Shuttle launch (Columbia, mission STS-01). 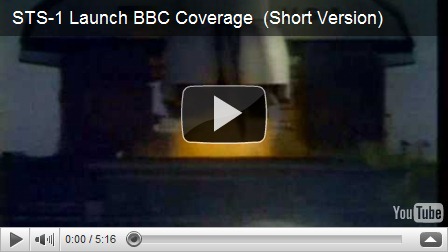 If you didn't know, Tomorrow (Friday 08/07/2011) at around 3:26pm (GMT), (*EDIT from Thursday evening: Due to poor weather, the launch may now not take place until Sunday) The Space Shuttle Atlantis will become the last Shuttle to go into space.

The shuttle has been around for most of my life. It inspired me as a child. At at time when a lot of people started to ask if we really are alone out there. I sat in the garden looking at the stars. I’d watch the moon chasing us in the car and I really, really wanted a ride on the shuttle (and still do. I’d go in a heartbeat). It horrified me when things went wrong (challenger in ‘86 and Columbia in ‘03).

In films, the shuttle has saved the planet from asteroids in Armageddon, rogue satellites in Space Cowboys, taken James Bond to space in Moonraker and even put a group of kids in orbit (Space camp). It did all this, with just 1MB of ram.. A toaster probably has more memory these days.

Without the shuttle, the Hubble telescope would either not have happened, be nowhere near as large. It would probably still be short sighted, even if it had made it into space.

I felt it was a small step back when Concorde was retired, but this is one giant leap back for mankind. It really affects me on a personal level. I can’t describe how sad I feel. Damm, I’m gonna be drunk for the landing..

Now. YOU!.. over the next couple of weeks, you have the chance to see the shuttle - in space. All you need is a pair of binoculars (or better - a small telescope), a clear evening and this site: HEAVENS-ABOVE. Put in your location, and it will tell you when to look, where to look and how long you should be able to see it for.

If you do manage to see it, please leave me a comment below, or give the image on my Facebook page HERE: a ‘like’. I’d love to know people from around the world are as saddened as me about the loss of this incredible machine.

Make the most of it my friends, It won’t be around for long. 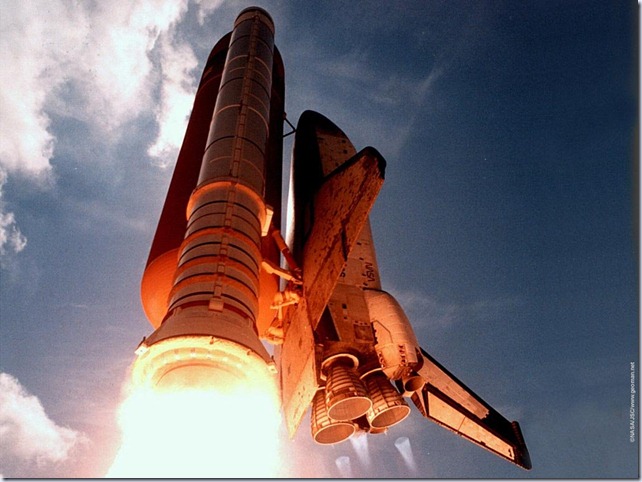